The landscape will show more details

During the trial period, check whether the printer is connected to the Internet and whether the resin bottle information is normal before printing. 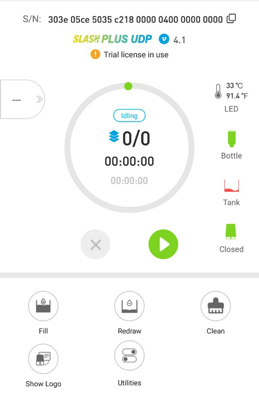 Was this article helpful?


0 out of 0 found this helpful